It is referring to the fact that it's my parent's wedding anniversary today. In fact it's their 50th wedding anniversary. Fay and Alan were married in Paisley, Scotland on this date in 1962 and celebrating 'The Big One' today in St. John's with family and friends. The wedding was a small affair and there aren't many around any more who were in attendance that day. It will be my 50th birthday later this year, so if my math is correct I may have been there in some fashion...

We would have liked to have bought them something golden as an anniversary gift but with the price of gold these days...I think that we'll settle on taking them somewhere nice for supper tonight. I sent a recent photo of my parents (shown below) to the local television station, NTV, and they showed it with all of the other wrinkly, toothless folks celebrating anniversaries of 50+ or birthdays of 90+ (personally, I dream of making it to 70...90 would take a miracle of modern science).

﻿﻿ ﻿﻿
The weather has played an evil trick on us today with the return of high winds and heavy snow, but I doubt it will stop them from making the 1 1/2 drive into town.

My mother is pretty nosy and I'm sure that she pops by and visits the blog once in a while to see how my rash is progressing, so I'll send out a shout to her.

"Happy anniversary mum and dad"...I'd wish you a happy 50 more but I think we both know THAT'S not gonna happen!

This rash business is highly contagious overrated and not nearly as dramatic as the title of this post implies.

It was about three weeks ago that a rash gradually infiltrated my face, just below my right eye. In the grand scheme of things, there are worse places a guy could get a rash...if you know what I mean. I'm now flashing back to when the boy was wee. You know, back in the parasitic stage. For those of you with kids...do you remember what the baby's butt looked like if you left their diaper on a bit too long or if you didn't use enough of that special cream? Yeah, my face kinda looks like that. And that bruising under my eye? I could say that V has taken to smacking me about...but really, I've got bags the size of V's purse like that under my eyes all the time.

Back to the rash...(yes, an entire blog post about a skin condition). I read at Wikipedia that some causes of rashes are allergies, anxiety, acne, menstruation (doubtful, in my case) and secondary syphilis (um...no comment).

My old Scottish granny probably would have exclaimed, "Ach, it's just the evil in ye coming oot!"
﻿
﻿

﻿Perhaps granny was right, but I shall continue to fend off the rash with some outdated stuff from the medicine cabinet. An expensive ointment, meant for a rash I had on my leg three years ago. I always make sure that the bathroom light is on, though, while I'm rooting about in the medicine cabinet. I fear that one day I will mistakenly grab that other ointment, in the similar sized tube, called Prepara...
In the event this rash is a permanent fixture on my face (much like my crow's feet or my cheesy grin) I have a plan 'B'.      I just have to figure out where to order one of these bad boys online (the mask, I mean)...I wonder if it comes with a vat of black hair dye too?
Posted by Alan W. Davidson at 11:12 AM 11 comments:

Hibernation continues for me...however, I was scanning the news online yesterday when I stumbled upon a couple of stories that were just begging to be commented on. Even if it meant leaving the warm, musty confines of the man-cave to enter the frigid air of the real world for a couple of hours.

I had to read the headline a second time...Canada...dangerous...compared to WHAT, exactly? 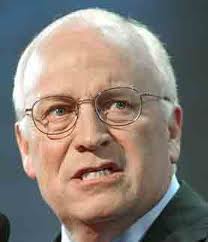 I mean, a person could comment on the fact that Mr. Cheney (accidentally) shot a buddy while quail hunting in Texas back in 2006, or throw out statistics all day regarding the differences in gun control and violence between major Canadian and US cities see Wikipedia take on this here , but it would just muddy what the story is about. That particular article, by the way, is by Canada's National Post. It refers to the riot of last September (surprisingly this riot had nothing to do with hockey) when Cheney appeared in Vancouver for a talk at a private club. The story mentions that he was confined to the hotel for several hours while riot police dispersed the crowd outside. Shocking.
This article, by the Globe and Mail, does a better job of giving the background regarding WHY there was a protest in the first place. Organizers believe that Cheney should have been arrested and tried for war crimes regarding his stance on the treatment of prisons (ie. water boarding) at Guantanamo Bay. 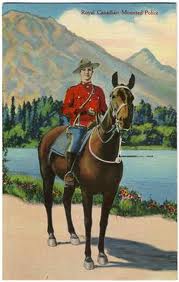 Despite which side of the fence your political leaning rest on this, methinks the only danger afoot would be for the protesters...when the riot police arrived on horseback, resplendent in their cool hats and red tunics, and clubbed the protesters senseless (Monty Python could have done a cool skit about THAT). Or perhaps scalding syrup or Timmies coffee would be splashed down upon the crowd from the boiling cauldrons on the roof of the hotel...or even a remote chance of the protesters being skewered by rampant hockey players who, quite frankly, have nothing else to do during the daytime because their games are played in the evening.
The bottom line is...I wasn't going to attend his speech in Toronto anyway. Even if THEY paid ME money to attend (besides, it's a three hour flight from here and the cost of flying off of this island is deadly).
Headline #2...Tide Detergent One of Most Shoplifted Items 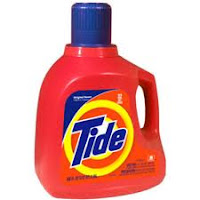 You know what...you don't have to put much thought into this one. Just click on the link below to go to the short news story about the high theft rate of Tide detergent (note that the story is out of Washington, so I assume that it's problematic only in the US and not Canada---we apparently don't wash our clothes here, and perhaps that's the REAL reason that Mr. Cheney does not want to visit us).
http://ca.news.yahoo.com/video/world-22186928/tide-detergent-one-of-most-shoplifted-items-28602575.html
My first thought was how on earth does one smuggle a jug of Tide out of a store? I mean, there's the obvious scenario of a woman sticking it up under her sweater and pretending to be pregnant. But...where can a guy stow the thing  *shudders*.
Anyway...a big Thumbs Up to the folks at Tide for this successful (and free) ad campaign.
Posted by Alan W. Davidson at 10:06 AM 9 comments: